If you spend time at the race track, you may have been confronted with this peculiar situation.  On a whim, you placed a $60 bet on a 3 horse Trifecta box, which included some long-shots.  The race is down to the wire and your bet wins.  The bet appears to pay out $6,000 and you are ecstatic.

However, instead of taking your winnings and using them to bet on the next set of races, you arrive at the window only to be told that you need to provide your name and social security number so that the winnings can be reported to the IRS on a Form W-2G.  And to make matters worse, when the bet is finally paid out, almost $1,200 has been withheld and you only receive about $4,800.  What gives?

While winnings at the race track, like other gambling income, are subject to income tax, the tax withholding provisions, at least in some situations, unfairly impact horse bettors.  Under Internal Revenue Code Section 3402(q)(3)(c), a gaming facility is required to withhold from proceeds of more than $5,000 involving “a wagering transaction in a pari-mutuel pool with respect to horse races, dog races, or jai alai if the amount of such proceeds is at least 300 times as large as the amount wagered.”  Tax regulations under Treas. Reg. § 31.3402(q)-1 appear to indicate that all bets placed in a single pari-mutuel pool should be considered with respect to the same wager and therefore should be included in the calculation of the winnings from that wager.  However, pursuant to guidance of the IRS, a multiple wager bet ticket (such as a “box” bet), at least for withholding purposes, is considered to be a set of individual bets.  As interpreted by the IRS in PLR 7823066, in a multiple wager bet ticket, if any of the bets on the ticket result in a payout of more than $5,000 and any one of those bets pays off at 300 times the bet, income tax must be withheld and only the amount of the individual bet is subtracted to arrive at the bettor’s winnings.  Instructions to the relevant tax withholding form, Form W-2G, are written to agree with PLR 7823066, rather than Treas. Reg. § 31.3402(q)-1.

What does all this mean?  Instead of receiving the entire proceeds from the winning bet ($6,000), the race track will issue a Form W-2G to the IRS showing that the entire proceeds was $6,000 and the net winnings was $5,990.  This will occur because the individual winning bet had odds of 599:1 ($6,000 received on a $10 bet) and more than $5,000 was paid out.  Again, for withholding tax  purposes, the odds will not be based on the value of the entire Trifecta box, which would be 99:1.  Further, the Form W-2G will only account for the amount of the individual winning bet ($10), not the entire cost of 3 horse Trifecta box ($60) as the amount wagered.  And when you file your income tax return for that year, the information on file with the IRS will not automatically reflect the additional gambling losses that should be available to offset your winnings (e.g., the entire $60 wagered).

Since nearly 70 percent of all money wagered at the horse track is represented by Exactas, Trifectas, Superfectas, Pick 3, Pick 6, and other exotic wagers, this interpretation of the withholding provisions affects many bettors.  In recent years, the National Thoroughbred Racing Association, along with other groups, have proposed changes to the IRS interpretation of the withholding laws.  Members of Congress have also requested that the Treasury Department update their interpretation of this regulation.  The hope is, at the least, the total amount wagered on these exotic bets, rather than the amount of a single bet, will be reflected in the Forms W-2G, thereby mitigating the chances for assessing an incorrect tax liability against horse bettors.

The impact of these proposals has yet to be seen, but Congress has identified this as an issue, particularly in light of the detrimental economic impact this may have on states and localities dependent upon revenue from the horse racing industry.  Only time will tell if changes are made in order to put race bettors on equal footing as others in the gaming industry. 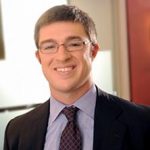