This article was originally published in the Journal of Tax Practice and Procedure, April – May 2019 edition.

The Internal Revenue Service (“IRS”) faces many challenges when attempting to collect unpaid taxes from taxpayers with foreign assets who reside abroad (“international delinquent taxpayer” or “IDT”). Common obstacles include locating and contacting the taxpayer, the increasing complexity of international tax law, and navigating tax treaties.[i] Just as problematic, as of 2014 there were only 39 international revenue officers (“IROs”).[ii] However, the tools available to an IRO are advancing, and tax practitioners should know and understand how international collections operate to ensure they can best represent their clients.

1. How the IRS Gathers Information on Taxpayers Abroad

After an IRO identifies an IDT they will attempt to contact them multiple times at their last known address. If the IRO cannot locate or contact the IDT, the IRO will request a “Customs Hold” be input into a database called the Treasury Enforcement Communication System (TECS).[iii]

Fortunately for IDTs, a Letter 4106 (Letter Advising Taxpayer of Department of Homeland Security Notification) is issued to their last known address. Letter 4106 informs the IDT that an IRO has contacted DHS to obtain information.[vi]

Just as interesting, an IRO can use TECS to access and analyze historical travel data.[vii] From the historical information, the IRO can locate the IDT and the bank accounts used to pay for travel.[viii]

2. How the IRS Enforces Collection Activities in Foreign Countries

a. The Mutual Collections Assistance Request

Taxpayer A (“A”) maintains a residence in Florida. A has a $100,000 delinquent federal tax liability. On multiple occasions, the IRS has attempted to contact A at his last known address but was unsuccessful in doing so. As a result, an IRO is assigned to A’s case. Shortly after assignment to the case, the IRO issues a customs hold to obtain information about A’s current and historical travel.

The IRO uses this information and finds out that historically A has traveled to and from a remote part of Canada. As part of the customs hold, the next time A travels from Canada to Florida, a Customs and Border Protection Officer obtains custody of him. From this meeting, A’s main residence, financial information, and reason for noncompliance are obtained. Subsequently, A is released into Florida.

Unfortunately, A continues to ignore the IRO assigned to his case. As a result, the IRO uses MCAR to enforce collection activity on A in Canada. As a result, Canada offsets A’s refunds, issues wage garnishment, and flash levies on A’s Canadian bank accounts to collect the U.S. tax due.[x]

Thus, MCAR is an extremely effective tool an IRO may use to enforce collection activity in a specific foreign country.

b. Letters of Request

A letter of request is a mechanism for obtaining information from countries that have signed the Hague Evidence Convention.[xvi] The Hague Evidence Convention is an international treaty which provides various methods and procedures for securing evidence in civil and commercial matters.[xvii] Often, a letter of request is used as a discovery tool when there is a judicial proceeding pending or imminent in the United States.[xviii]

If a taxpayer’s debt totals more than $52,000 (including interest and penalties) for which a notice of federal tax lien has been filed and administrative remedies under Code Sec. 6320 have lapsed or been exhausted, the IRS may certify a taxpayer’s outstanding tax liability as a seriously delinquent tax debt and send the certification to the Department of State.[xxi] The Department of State can then deny, revoke, or limit the taxpayer’s passport as appropriate.[xxii] Note, seriously delinquent tax debt does not include FBAR penalties or child support.[xxiii] More importantly, if a taxpayer has an installment agreement which is being paid timely, an accepted offer in compromise, or a settlement agreement with the Department of Justice, certification is not appropriate.[xxiv] Also note, the IRS can prepare a passport check to obtain information on an IDT for further use in the TECS system.[xxv]

Unfortunately for the IRS, often IDTs have a passport obtained through another country. In our example above, consider if A had a U.S. passport and a Canadian passport. Through the certification process outlined above the United States could certify A’s U.S. passport but the Canadian passport would remain effective unless MCAR was used.

In conclusion, the IRS is severely understaffed when it comes to identifying and collecting taxes from IDTs. However, due to MCAR, consent directives, letters of request, and passport certifications, international collection activity can be effectively enforced by an IRO once assigned to the matter.

[xiii] IRM pt. 5.21.2.4.1(5) (Apr. 6, 2018). (Also, a consent directive is a formal request to a bank or financial institution identifying an IDT and requesting specific banking records including the amount and balance of accounts and address of the holder of the account.)

[xxii] See Revocation or Denial of Passport in Case of Certain Unpaid Taxes, Small Business and Self Employed (Feb. 28, 2019), available online at www.irs.gov/businesses/small-businesses-self-employed/revocation-or-denial-of-passport-in-case-of-certain-unpaid-taxes. 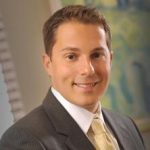 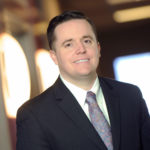